Parenting in the age of social media brings with it a ?host of complexities.

From what age to let them have their own account, to monitoring the accounts they follow to who they can befriend, it's a minefield for parents with no clear rules.

But spare a thought for one mum, whose sweep of her daughter's phone uncovered a shocking and uncomfortable truth about the 14-year-old.

Not only was her daughter a bully - she was the ringleader of a 70-strong group of students who had been sledging a new girl at their school for months.

Turning to Slate's Care and Feeding for advice?, she asked for help in navigating the difficult discovery of the 'Wonderful People Only' WhatsApp group.

"The chat was created in December, and she was one of the original 20 people to be added. To start with, the group seemed to revolve around those 20 people (including my daughter) saying extremely rude things about another girl, 'Millie'," she shared.

"I wasn't happy about this. But then, in January, Millie was added to the chat so she could see what horrible things were being said. They called her a spoiled brat, a bitch, a freak, and more. And my daughter was the ringleader."

READ MORE: The awkward way this dad gets his son to flash a real smile?

Explaining that she'd sat her daughter down to discuss the find, her daughter initially said Millie had been 'extremely rude' to her and her friends.

"I asked my daughter to give examples, and my daughter replied that Millie had refused to download social media, didn't wear trendy clothes and barely used her mobile phone. I explained to my daughter that doing these things was not being 'extremely rude' and Millie simply had different interests to her peers."

By coincidence the mum then met Millie, and found out she was bisexual and transgender, which the mum had no issue with, but her daughter did. While she'd confiscated her phone as punishment, she had been unable to get her daughter to accept the seriousness of her actions.

Describing the group as a 'significant cyberbullying incident' Slate's agony aunt Jamilah Lemieux said her daughter targeting a girl of marginalised identities could have tragic consequences and advised the mum to take tougher action.

READ MORE: Mum in stitches over 'dreamcatcher' her daughter made from everyday item and proudly displayed?

"She and the other kids ought to be held accountable for what they did to Millie, and I think you should inform the school of what took place and who was involved. There have been too many tragic stories of children taking their own lives after being targeted in such a way for this to be taken lightly," she cautioned.

"The school may see fit to punish your daughter and the other bad actors in this situation, and I think that would be appropriate. "

Other than confiscating her phone, any 'trendy' clothes and social media should also be taken away until she showed more compassion.

READ MORE: Pierce Brosnan's sons reveal what it was like growing up with the James Bond star: 'He's like the nicest guy'?

"I personally can't fathom the idea of allowing my child to engage in such cruel behaviour without making it very clear that it would not be tolerated and that she can expect to be punished if ever she's caught doing such a thing again."

"Make it clear that bigotry and hatred will not be tolerated and that she is expected to treat everyone with respect." 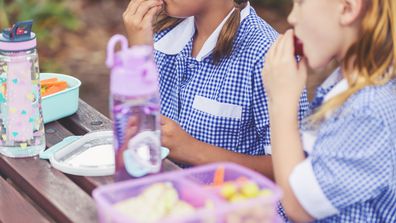