One mum shared her heartbreak after finding out her son is a bully.

"My child came home telling me another parent threatened him for 'accidentally' knocking his son's glasses off his face," the tearful mum on TikTok. "I believed every word that came out of his mouth. I was so upset that a parent felt it was acceptable to threaten my seven-year-old child."

But after speaking with the bus driver, the full story became clearer. One of the children on the bus is "heavy-set" and can't get off the bus quickly. The bus driver told the mum that her child was shoving the boy down the aisle because he wasn't "fast enough".

After the other boy politely explained that he was "going as fast as (he) can", the woman's son "ripped his glasses off his face and threw them to the back of the bus.

"I don't think my heart has ever been as broken."

The woman then took her child to go and see the boy at his house. The bullied child's father simply asked her child why he threw the glasses, without any threats. The mum says that her son is apologising the next day and they have invited the child over to play.

"I was so bullied in school for my weight and I don't condone this behaviour, and it's not tolerated," said the mum. "I don't know where to go from here. I'm obviously doing something wrong."

Many commenters praised the mum for her reaction and ensured her she is on the right track.

"The fact that you investigated, listened, and are correcting the behaviour means you're doing something right," said one commenter.

"If every parent reacted like this when they found out their child is a bully instead of defending their child's behaviour, we would have less bullying," said another.

Many encouraged the mother to share her experience of bullying with her son.

"Talk to him about your experiences, talk to him about how he made that boy feel. We need to understand how to teach our kids empathy. Research articles that give you advice on these types of situations, expose him to other's stories of bullying," advised one commenter.

"We forget that kids need to be taught everything, we are their first example in how to act towards others." 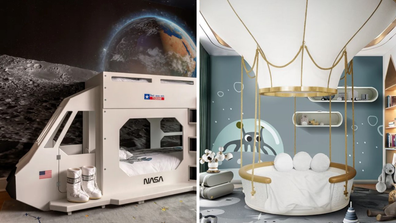