A?h, school holidays, that chance for kids to take a breather, relax and enjoy some respite from the demands of school ¨C all at their parents' expense.

While kids will no doubt be enjoying all those playdates, sleep-ins and being chauffeured around, parents are left grappling with the logistical nightmare that is juggling 12-14 weeks, depending which state, of having their kids out of formal care each year.

Even if there are two parents able to take four weeks of annual leave each, there's still a shortfall of at least a month. And there are only so many holiday camps kids you can fork out for ¨C and that's if your child will agree to attend.

While no one would suggest kids don't need a break too, we asked Nine.com.au readers if it was time to rethink the amount of school holidays they get each year.

Surprisingly, of the more than 600 readers who took part in the poll, close to two thirds (61 per cent) believe it's the right amount.?

"School holidays are necessary for the health and wellbeing of children and should not be lessened," one reader argued.

"Take any more of childrens' 'spare' time away and we will be back to treating them like workers. Some children have longer days than their parents and are expected to do homework as well. It is ludicrous to treat children that way," added another.

READ MORE: The detail 'worrying' Victoria Beckham fans in new photo of Harper: 'Shame on you!'?

However, 39 per cent said it should be reevaluated, showing there is a growing number of parents in favour of a change up.

"Yes kids get too long off which puts additional pressure on parents to provide adequate supervision. We need to better prepare kids better for the work environment and 12 weeks holiday is not realistic. Maybe scale the breaks back as kids progress through their education to build and environment closer to the workspace," suggested one reader.

Another even argued they should be reduced by a third. ?

"Mums would be happier (the ones who work and those who think children are a necessary/ accidental necessity)... Reducing holidays would educate them quicker, say grades eight to 12 and get more value out of teachers," they outlined.

"[The] whole school and parenting juggle needs an overhaul," they said.

READ MORE: How hypnobirthing helped Maddie have her dream birth: 'Everything we wanted'? 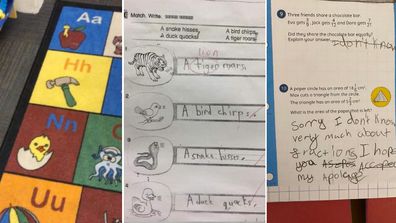